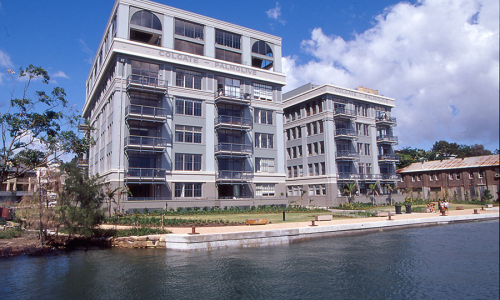 The site was originally established as an industrial waterfront, located to facilitate water transport; then the principal form of access. Typical of the time, as industry expanded waterfront sites such as this were enlarged by filling the harbour. bokor architecture + interiors worked on the project from 1996 through to its completion in 2000, going through approvals and the Land & Environment Court and overseeing the project’s construction. The project sought to respect the structure and show it to its advantage, removing any later additions and re-imagining the tops of the buildings in the spirit of the original design. Prior to SEPP 65, the units were all responsibly designed; they now have a high percentage of owner occupiers and are tightly held. The waterfront park has become a relief in the close-grained pattern of East Balmain.

Featured in Domain (14-15 Nov 2014) as one of Philip Thalis’ picks of the best warehouse conversions in Sydney.